[Best] 5 Places that Gundam Fans Must Visit in Japan

So you’re a Gundam fan who is planning your next Japan trip, and you’re looking for the places that are a must-go but have no idea where? Fret not, AFA Channel! will share with you the 5 most important places every Gundam fan must go!

The first of all would be the Gundam Café at Akihabara. This café was opened in April 2010, so it is still pretty new around Akihabara. It is also the most accessible location amongst the entire list as it sits right next to the Akihabara Station on the Electric Town Exit.

It offers a standard selection of food and drinks as a normal café would but with a twist – everything here is Gundam-themed! For example, instead of having a curry rice and latte, you would get the very manly Char Zaku Curry Rice and Haro Latte. The Zaku Curry is red in color, has a commander fin and, of course, is 3 times spicier than normal Japanese curry rice, while the Haro Latte has a Haro-shaped character drawing on the foam!

The entire café is also decked in Gundam theme as well! The waitresses, ambient music and even the toilets are Gundam themed.

The most important location of them all, spanning 3 different areas around Odaiba’s Diver City mall is Gundam Front Tokyo (GFT).

The main feature of GFT would be the 1:1 actual scale Gundam! This majestic 18-metres tall statue is truly is a sight to behold for any Gundam fans as well as other anime fans alike! There’s even a mini show where the Gundam moves at certain hourly intervals. Right next to it is another Gundam Café. While not as big or popular as the Akihabara branch, it has a takeaway menu if you want a little snack. It does have certain event limited items from time to time as well.

At the 7th floor of Diver City is the actual Gundam Front Tokyo itself. There are two sections to this area, one requires admission and the other does not. Inside the paid area, you can choose to enter the DOME-G; a 360 degree showcase of Gundam history and a special CG feature. Moving forward, you have a huge area with multiple smaller attractions and a 1/1 Strike Freedom Gundam bust! You can enter the cockpit and take a memorable picture inside if you arrive early to register (it is highly popular!). There is also a museum space which houses the current GFT event.

The GFT store, the start of the free zone, has Gundam-related goodies and exclusive GFT gunpla you can’t find anywhere else! The men’s fashion store “STRICT-G” is right next to it and it has Gundam themed clothing made to express Cool Japan. At the very end would be Gunpla Tokyo, a Gunpla exhibit of the history of Gunpla.  It’s really cool to see how far Gunpla has evolved from its beginnings!

Situated towards the West of Japan at Shizuoka is the Bandai Hobby Center. While it is the most out-of-the-way location wise, it would be a Gunpla lover’s favourite destination. This futuristic looking building is where Gunpla and all different kinds of Bandai plastic models are made.

You read correctly, Gunpla is made exclusively in Japan! You must wonder how much care and quality they put into their plastic models. Inside the building there are various kinds of Gunpla and Bandai plamo from different years on display as well as various dioramas depicting famous events that took place from the anime! In the upper levels, you can see even more Bandai-related products and Bandai/Gundam-themed merchandise on display. You even have the opportunity to see for yourself the injection molding process done by a White Base shaped machine and a Zaku forklift from a window on the 2nd floor.

Unfortunately, Factory tours vary from time to time and you’ll have to register early on their website so keep a lookout if slots are open again. They do open the tours to schools in Japan or the general public on certain days so definitely give it a go if you do have the opportunity to visit the Factory!

Slightly off central Tokyo at Seibu Kami-Igusa Station is yet another Gundam statue! This one however isn’t made by Bandai but by the residents of Suginami City. The statue was erected back in March 2008 when residents of the City petitioned to have a Gundam built there. It took two years to be built and it cost 20 million yen, of which 18 million yen was donated by Sunrise animation studio.

While it may not be as realistic looking at the 1/1 Gundam statue, this bronze monument has its own amazing charm to it. I heard that some people actually give offerings to the Gundam statue because they really appreciate its magnificence.

If you continue to walk around the street you may see different Gundam-related stuff around the area. One of the store’s shutters have a really cool Gundam and Zaku painting as well. You might also stumble across Sunrise’s studio along the way. The first floor is open with some small displays around the lobby.

Okay so maybe I’m cheating on this last one but Akihabara really is the best place to do your shopping for all things Gundam after all the sightseeing you must have done already.

The center of Otaku Culture in Japan, Akihabara has a treasure trove of merchandise waiting to be bought. Anything from regular releases to the extremely rare Premium Bandai exclusives can be found all around Akiba if you look around hard enough. Also, certain figures and plamo are hard to come by, so expect to pay a hefty price if you really have to get that prized item you’ve been looking for.

For general shopping though, you can go the bigger stores like Yodobashi Akihabara or Sofmap Akihabara or the slightly smaller ones like the Volks store or Asobit City. These stores usually have a huge variety of gunpla and figures to choose from with very competitive prices that may vary.  They also have a full selection of tools and add-on parts if you’re more hardcore.

Previous What Anime Do Japanese People Like?
Next Sleep With Anime Boys At Tokyo Capsule Hotel 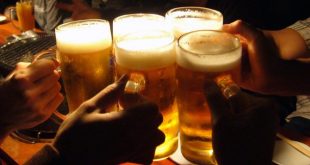 Best Izakaya in Akihabara For Your Fun Nightlife! 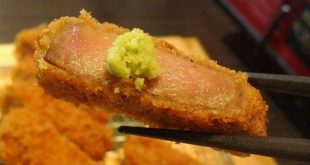 The 10 Best Meat-Centric Restaurants in Akihabara 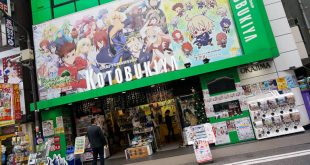 10 Fun Free Things to Do in Akihabara 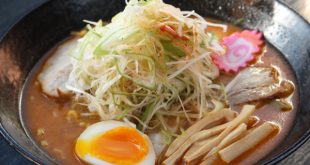