To explore the JK business, Vice News reporter Simon Ostrovsky heads to the district of Akihabara, Tokyo’s mecca of electronics and all things manga and anime. While Akihabara is generally known for its profusion of otaku goods and maid cafes, the JK business is also evidently booming there. As Ostrovsky walks along the local streets, he indeed spots several groups of schoolgirls and a number of signs advertising their services. Somewhat ironically, as the camera pans to capture as many of the girls as possible, a man who appears to be overseeing the girls comes over to demand that they stop filming the “underage children.”

■ Men who rent high school girls by the hour

Ostrovsky continues on to a nearby venue where high school girls sing and dance in front of jam-packed crowds. Many idol groups in Japan, including the mega-popular AKB48, often base their concept on the image of pure and lighthearted schoolgirls. This particular group of performers, called Akishibu Project, is no exception. Ostrovsky witnesses an overwhelming number of enthusiastic adult male fans participating in the concert and afterwards in a handshake event with the girls for a fee.

▼ A handshake event after the concert

Ostrovsky next decides to try out a session of JK fortune-telling where he can chat and get his fortune told by a high school girl (half an hour is priced at 3,000 yen [US$24.34]). However, he leaves within a mere ten minutes after feeling extremely uncomfortable by the thought of adult men seeking out under-aged girls for this sort of thing.

▼ The girl who chats with Ostrovsky during his fortune-telling session

To gain some more insight into the JK business, Ostrovsky also speaks with Jake Adelstein, a journalist with over 20 years of experience dabbling in the Japanese underworld. Adelstein explains that the JK business largely picked up steam after the fairly innocuous “compensated dating” (enjo kosai) phenomenon of the 1990s, and adds his own opinion to the mix: “This society is one of the most misogynistic, sexist societies in a developed country in the world. I would not want to be a woman here.” When asked what he would say to those who claim that he’s just imposing puritanical western views on Japan, he replies that the island nation has signed the Universal Declaration of Human Rights and should strive to uphold its promises against child trafficking.

▼ Jake Adelstein speaks about the origins of the JK business and its connection to child trafficking. 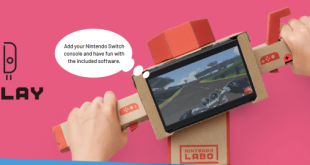 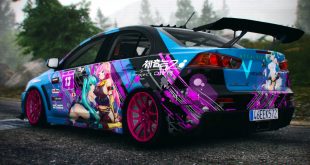 How to use Japanese toilet bidets【Video】

Don’t let the machines do all the work! Learn how to take control of your …